Poppy Trowbridge – Is it the end of the road for the Conservative party?

After this week’s chaos, Boris Johnson must look at ways of mending the fractured Tory party to keep Jeremy Corbyn at bay.

In his only working week presiding over a full House of Commons, Boris Johnson was defeated in three successive votes in a single day, lost two members of his cabinet team – one a very senior colleague, the other his little brother – relinquished control of the order paper, and was threatened with the prospect of prison if he ignores new legislation mandating a delay to Brexit.

That’s got to be some sort of ruinous record. It prompted many commentators to claim that Johnson is a busted flush and even prompted speculation that the Conservative party itself may be reaching the end of the line, at least in its traditional form. I would not bet on that just yet.

It’s true that many senior Conservatives in government and in Conservative head office have privately feared this sort of party fracture for nearly a year now. They see the expulsion of grandees like Nicholas Soames, Kenneth Clarke and Philip Hammond as evidence the hardliners have crossed the Rubicon.

But withdrawing the whip, drastic though that move was, is not an irreversible move.

For their part, all three of those “big beasts” were explicit in their commitment to Conservatism and loyalty to the party – this is solely about a determination to stop Britain crashing out of the EU.

The rebels are actually a group who on average have voted against the government fewer times than the current cabinet. Why couldn’t they be welcomed back in time to campaign on a Conservative platform again?

It’s also not impossible that those who have left the party of their own accord, like Amber Rudd, could rejoin one day having been asked back by the party. Rudd said as much in her resignation interview with Andrew Marr.

At pains to articulate her essential loyalty, the former work and pensions secretary said: “I hope that we will all be returned before a general election so we can all stand as Conservatives. I am a Conservative … and I’d like to see us in government.”

Tories have a powerful sense of belonging to their party and its traditions. They are also practical, clubbable, and, on the whole, feel uncomfortable about going against the tide for too long. That’s why this rebel behaviour is an exception unlikely to generate a permanent parliamentary group of independent Conservatives.

There’s no doubting their anger and sadness at the Conservative party’s embrace of a hard Brexit at any cost. But even so, I suspect those who have left would leap at a chance to return to the bosom of the Conservative brood once Brexit is done. Rebellion could in fact turn out to be a wise investment in their future careers and it remains the case that there is no other home for centre-right politicians.

The rebels see the polls like the rest of us. The Boris Johnson bounce has held up since he took office. The most recent survey from YouGov shows the Conservative lead remains unchanged at about 35%. Labour dropped four points to 21%, with the Liberal Democrats picking up most of that decline but still in third place at 19%.

Membership has surged in constituencies since the summer. The Conservatives could still be the winning team in a future election, and the rebels know it. Johnson has boosted the fortunes of the Tory party in other ways too. He’s catnip to the money men and women and donations to the Conservatives are said to be on the rise again after several dire months at the end of Theresa May’s term, as she prevaricated over bringing a meaningful vote before parliament.

The prime minister’s abrasive adviser Dominic Cummings, the government’s “our way or the highway” attitude and the plan for a no-deal exit on Halloween will all have to go. The Vote Leave team in Downing Street must stop fighting a campaign and start running a government.

A more inclusive approach is still possible. Reports that Johnson backed down after members of his cabinet complained about plans to ignore anti-no-deal legislation offer a glimmer of hope.

With no deal off the table and the breathing space of a delay, the fractious Conservative party and its abrasive leader may find they have the head space to see that they’re better together when it comes to keeping Jeremy Corbyn at bay. Conservatives with the party’s best interests at heart must hope that happens. 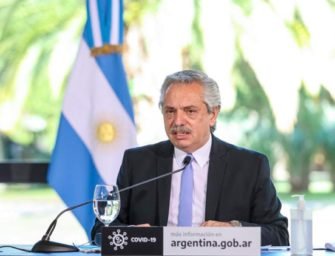 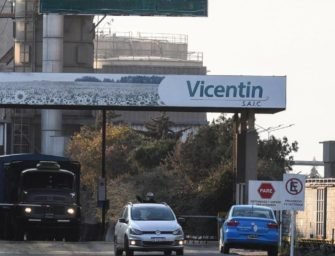