Let’s look at this silly chart and analyze it.

It will be useful to us to understand, not only why it is wrong, but something much more important: it will be useful in order to understand other problems from the errors implicit in it, and in this way, to think more deeply —and correctly— on the subject of determinism and indeterminism, id est: fatalism and free will. (By the way, free will should not be confused with internal freedom or external freedom; these are three completely different things, and the latter ones will not be the subject of analysis here.) 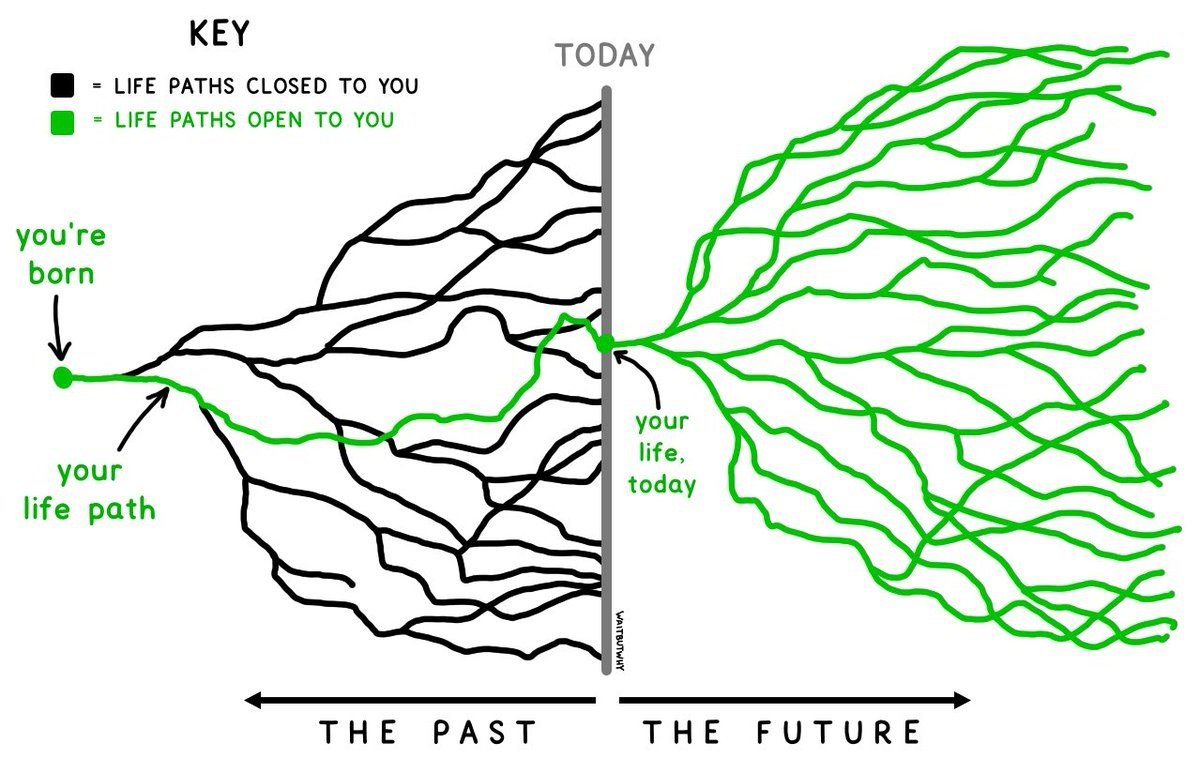 To begin with, if we’re in the present and our shitty choices (or bad luck or injustice) led us to a life in prison, we may be able to choose our future life paths, but they’re all going to suck (unless we can choose try to escape, and in reality, really can escape). But let’s forget this detail for a moment and suppose that the past is not a burden to the present, and that we can act as if we are not getting old. Let’s take a closer look at the problem…

The “potentiality” of a glass (unless it is damaged) is to contain water, wine, milk, etc. or it breaks, and so on. But the “actuality” of the glass is determined by the events that are going to occur due to its location, and this determinism is what makes it inevitable that its future after leaving the factory, is that on that day at that time it carries wine, another day transport water and on a specific day and place this glass breaks. In this sense, and despite this, the nature of a thing, the temperament of a person, conditions his life but offers different possibilities for the future. However, the passage from potency to act does not depend necesarily on the glass or the person itself (because of how he was born), but on the particular circumstances, personal (accumulated memories and feelings) and social (economic and interpersonal context), accidental but statistical, in which it exists. And these circumstances are now fixed at the present time. Example: a glass may be well made, but its “destiny” —or should I say “fatality”— is to break on the first day in transport from factory to market. That glass came to this world with that “life path”. Unless, of course, we assume that there is indeterminism, but in that case this “internal freedom” implies sense or purpose just for consciuosness acts, not for the atoms of a glass, and the most important indeterminism (for a human being at least) is that “spiritual” and non-chaotic indeterminism that lets us choose voluntarily: free will. The question is: does it exist?

Option 1: there is no free will, but in any case we must act as if it did (Calvin, Laplace, Kant), since the determination that leads us not to choose can manifest itself in resignation. And resignation does not make sense, because even without free will, our choices are lived in the first person as if we decided them ourselves. There is no point in saying “I am making this wrong (or good) decision because I was predetermined to make it.” Determinism is not an external mind control. (Again: do not confuse here “external mind control” with lack of “external freedom” or “liberty”, by social and/or biological restrains, to act in the world based on the will of an “internal mind independence”; this latest problem is a political and/or existential one, not treated in this article). By the way, that thought and declaration of suppossed loss of self-control implies a “free reasoning” about that supposed control, and not a complete mental control, and because of that we could change the decision. Anyway: a change that, if there is determinism, would be equally determined, but never understood by the determined will. We cannot know the causes of our thinking from outside, because knowing that implies know the causes of that same thinking, which means to say that we can know “more than we know”, and that is impossible.

And for this very reason, the very act of saying “I’m going to make this decision because I’m predetermined for it” is simply plain stupid. Automatically the act has been put into the consciousness, ane because of that the “justified” action will not be even the reasonable warning of a future “grooved” action from the unconscious mind (v.g. Jaynes’ bicameral mind)… but a conscious election! In such a case, it will be precisely his reasoning (determined or not) that will lead to such a decision being carried out, and not reasoning that will reveal the determination of the decision. Of course, and I insist with this: affirming the logical error of this whole process of self-referential revelation to make or accept such a decision (stupid because of the way it has been taken), does not preclude it from being a deterministic phenomenon, since this stupid act can be both deterministic or indeterministic. It simply happens that the causal relationship, although deterministic, will go from the preconditions of reasoning, to reasoning, and then to the decision (or else, to the acceptance and reinforcement of that decision), and not as the subject who argues thus believes (stupidly, indeed): that the decision is “being made by an external determination”, or by his “own determinations” but “not mediated by consciousness”, on which he cannot seem to interact (but on which, paradoxically, as I said, it seems that his consciousness can perceive —and even oppose!— although only “intellectually”). Again, this stupid act of evident self-fulfilling prophecy can be chosen, or the “stupid one” can stop being stupid and choose to stop such an “act in the name of his determination”, but this does not prevent, in any way, both possible choices from being deterministic. That is: intellectual stupidity has inevitably existed, in a deterministic world, with his derived choice included, or its cure has inevitably occurred with another better determined reasoning and, probably but not necesarily, another choice, also determinated, but this time not mediated by such a stupid reasoning. (Disclaimer for intellectuals: this kind of stupidity does not often happen in stupid minds, but in very intelligent minds who try to find the preconditions of their own intellect, but in their hurry confuse conditioning with determinism. See Minogue’s work here.)

Then we can come back to the real issue. In any determinist situation, we live our choices determined as “free”, because we are the sum of conditions that generate those choices. The past explains the present and the future completely. It is indistinct how it happens inside the mind: (1) whether the sequence of thoughts can follow an intrinsic logical coherence of some kind of causal rationality (incongruous or not), regardless of whether this sequence is mediated by an indirect “material” physical substrate (Laplace) or mediated by a direct “spiritual” metaphysical substrate (Calvin); or (2) whether the “stream of consciousness” of any thought form can be traced back to the development of underlying “infrastructures” of any kind: individual and/or collective, psychological, neurological, linguistic, symbolic, sociological, cultural… whatever; or (3) if both processes occur at the same time… Here all those questions and subjects (usually related to the complex relationship between internal reflective “freedom” and his content autonomy, and external reflex “conditioning” and his context dominion, i.e. the ontological cores of both, once confronted, schools of psychology: Cognitivism vs. Behaviorism) doesn’t matter at all, because all their optional causal bonds do not contradict determinism nor indeterminism. For now, the real issue of determinism that we have in our hands, is this: we cannot see the determinations of our choices from within in the present moment: we can only see it, theoretically, later. And we will even be determined in reasoning about past determinations. Furthermore, and far away from this issue, resignation about our choices does not make sense because we do not know the future, that is, the results of our elections, even when those elections are predetermined.

Option 2: there is free will, and in this case we are really responsible for our decisions, although we are not responsible for our birth capacities, nor for the effects of the environment on our will, which condition us, but which in any case we could reach change in some cases. We are responsible for our choices, not for their consequences. It is important to remember that the same applies for the determinist case, but with this difference: into the deterministic reality we’re responsible for our choices too, but not for ourselves as causes of that choices; on the other hand, into the indeterministc reality our choices come from our deepest inner self and affect our personality, conforming it (that doesn’t means a sartrean “self-made will”, and even less does this mean that we are responsible for the starting conditions of our temperament or “essence”). In short: with indeterminism we can create novelties “ex nihilo”. But we must not forget that, even so, the paths of our life are not chosen directly: although we can change ourselves, the results of our choices are necessarily the result of a combination of these choices with accidents or events beyond our control.

Therefore, it is not so easy to assume that the paths of the tree of life are painted green. If it is painted green, why a limited number of roads? Why so few forks to decide in an entire life? Why nexus?! How could there be crossroads?! In this image, the paths will not be a direct product of our choices, as the paths must change with our choices (our constant indeterminacy will affect the entire series of subsequent events and possible choices). And anyone can see a progressive reduction of path lifes through the timeline, with an strange omission of paths with mutilated endings in premature deaths.

But none of this is relevant because are probably the result of lack of imagination. We must focus in the most important and remaining mystery of this kind of way of understand time: the paths of life that were opened to us in the past, and that we have not chosen, were they really open? They are not open if there is causal determinism…
(I recommend watching the Devs series).

And if there is a creative, volitive indeterminism, they will not be entirely open either, but at least we know that we had the opportunity to make a real free choice regarding our past. This does not mean that the past has to be different from the future. In fact, if the future is changeable, the past should also be changeable. The Augustinian solution is another: from outside time, reality is an eternal present (God’s viewpoint). This sum of acts present at different times may be constituted by present acts decided indeterministically and with free will, but for the time traveler (man’s viewpoint) the past has already been “crystallized” and the future still “does not exist” because the time for his indeterminate decision —the next present— has not yet arrived. It happened, but not yet. It will occur, but as a product of free will. Other way to say the same thing is: destiny. Neither fatality nor predetermination. 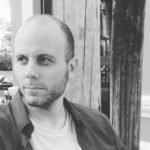 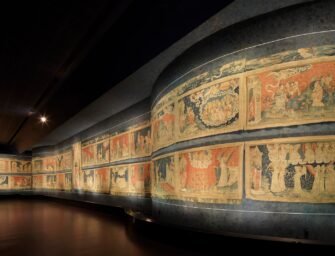 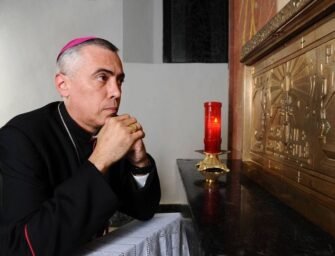